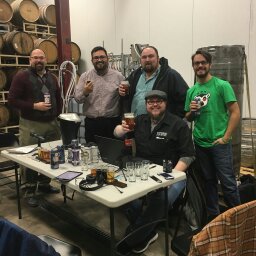 In the latest episode of the Tap Takeover Podcast, the boys are back for a very special installment of the Brewery Interview Series! Henry Schwartz, owner of Mobcraft Brewing, is taking over the taps this week. And we could alternately call this episode the “sour hour,” as Henry attempts to take us to sour Jesus with his limited release Existence Sour Ale (aged three ways)! Jim gets to nerd out about yeasts and bacteria, we tackle the shark tank experience, discuss rude beer name suggestions, and delve into some of the crazier concoctions dreamt up by the imaginative clientele of this crowd-sourced brewery. Plus, in our second half, Henry attempts to drop more breaking news than we can contain in one podcast! Cheers to the Sours!